Posted by: D.C. Douglas on January 9, 2010 in Acting, Production, Voiceover

Of all the definitions for resolution, I think I like this one best:

Losing weight, making more money, cleaning out the garage – these are just goals and not really worthy of proclaiming at the strike of midnight… Unless you’re part of a fluff piece for the evening news.  I’ve been pondering some of the dissonance I experienced in 2009 and have just now orchestrated it into something akin to a consonant note in my life. 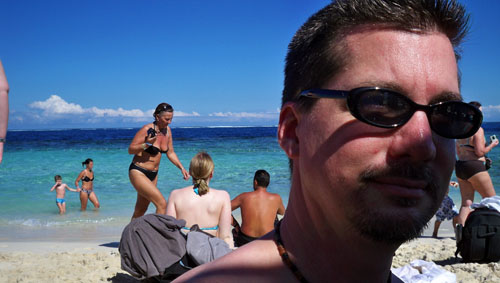 It started with our annual end-of-the-year vacation.  We always go somewhere tropical, but since 2009 offered up such a stellar economy, we decided to be more frugal.  We joined some great friends for two weeks in the Dominican Republic.  Beautiful from the air.  And beautiful from the ground – 70 percent of the time.  Then you see the hundreds of spontaneous landfills, the poverty surrounding the gaudy, gated resorts where most Anglos prefer to hide and pretend it’s 100 percent paradise (and they can eat to diabetic proportions).  We learned of the horrific history of the island, starting with Christopher Columbus and the slaughtering of all the indigenous people, then importing slaves from South America and Africa, etc, etc.

It was hard not to take stock of my life.  Drinking tap water after brushing my teeth.  Weekly sanitation service.  An ancestry that doesn’t involve being a slave as far back as we can map it.

After we returned, I felt dirty thinking about my acting and voiceover career problems, as they seemed so mundane and soulless.  Then I thought of Travis Davis. 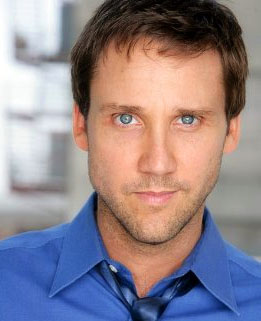 Travis Davis was around my age.  He was a voiceover and on-camera actor who also wrote, directed and produced his own film shorts.  He had a rockin’ website.  He knew how to promote himself.  He was a go-getter and very talented.  I can’t help seeing some similarities between he and I.  We were also acquaintances for over a decade.

A few months ago I heard that he died.  Stomach cancer from out of the blue.  Now, I’ve experienced friends and acquaintances dying unexpectedly before, but Travis’ death reverberated differently for me.  Because of our similarities, it was the most glaring sign-post that this journey can end at any moment.  And the Dominican Republic experience reminded me that the journey I am on is an exceptional one.  Not for the highlights, but for all the subtleties I take for granted.

A few days ago I received an email reminder from Kiva that all my loans had been repaid. — Kiva, for those of you who don’t know, is a micro-lending gateway.  It was promoted by Bill Clinton and is based on the economist Muhammad Yunus’s approach; that small, direct loans to kick-start small business in impoverished countries can do more good than bulk aid to potentially corrupt governments can.  He earned a Nobel Peace Prize for his work.

I went online and reloaned my money out.  Only this time, the act was loaded with fresh meaning.  I can’t go back to the Dominican Republic and change their government, employ their people or even find a solution to their sanitation issues.  But I can do more with my life than just lose weight, make more money and clean out my garage — I can live my life more fully by trying to make a difference in other’s lives.

That’s my New Year’s Resolution.  And I think it sounds beautiful.  If you’d like to join me, check out www.Kiva.org.

Travis Davis was quite brave when he learned he was dying.  He set-up a fund to help his family through the tough days that would follow his death.  If you’d like to help, please see The Travis Davis Fund.  And if you knew Travis, my condolences. Death is natural, mysterious, awesome, and always hard for those left behind.

Now… for my next blog, I plan to write about how my knees get hot at random times… or something equally light and easy!

Here’s to your meaningful and wondrous life journey in 2010!

May your thoughts guide you to the beautiful places within others.

(This post was written prior to the earthquake in Haiti [which is next door to the Dominican Republic],  Sadly, what small sample of poverty I saw pales in comparison to the plight of Haiti pre-earthquake.  Text “2 HELP” to donate to the Red Cross.)