Just back from ConnectiCon 2015 and wanted to share these two fascinating moments I had before I hop on my 12th flight in the last 5 weeks… Oh, it’s con season alright…

First off, I ended up at the hotel “club” Friday night and found my self drinking with the dashing and dangerous Dameon Clarke, as well as my rave dancing rival, Dean Haglund. About two double vodkas in Dean turns to me asks me what I’m known for (i.e. why am I a guest at con). I explain “Resident Evil,” “Mass Effect,” “Sharknado 2,” etc. Then I asked him the same question and he told me he was known as Langley on “The X Files.”

I actually didn’t, per se, but I had met him in 1996 when he had a cameo on an episode of “Boston Common” on NBC (I recurred on 11 episodes). I distinctly remember him because the wardrobe lady was fangirling and getting a picture with him. I remember wishing I had some of his “fan appeal.” (It only took another 14 years to come to fruition! Thank you, Capcom.)

Needless to say, we both had a “holy shit we’re getting old how cool is that” moment. 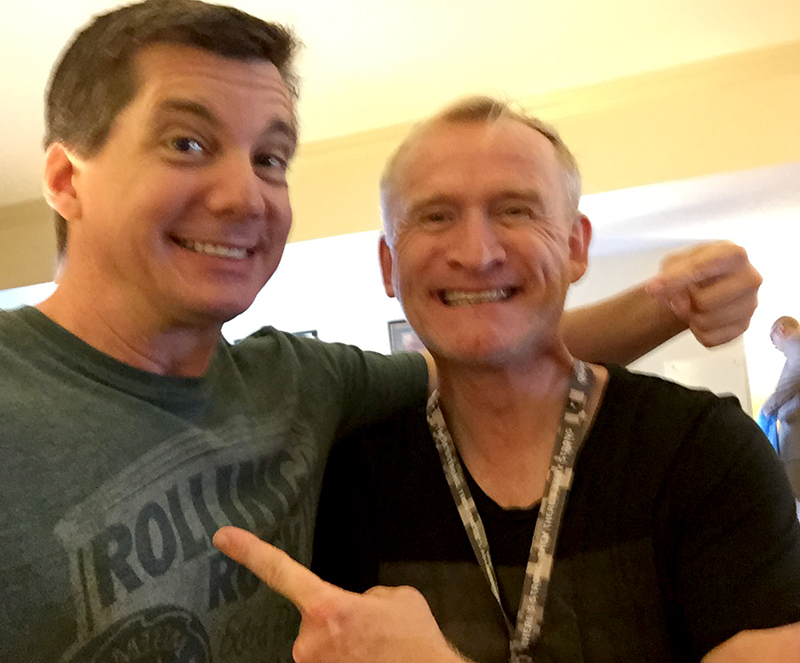 This next one is really sweet. But it starts back in 2010. I was in the midst of my battle with Freedomworks and the Tea Party when a new fan popped onto my Facebook Fan Page. He was funny, supportive, intelligent and seemed like a cool guy to hang out with. After a year of internet banter he mentioned we should get a drink should I ever be in the Boston area…

Well, 4 years later I finally was! He and his wife came out to the con for the day. We went for dinner and had a lovely time. We talked about his collage work, their musical trio and his wife, Fern’s acting years in musicals – including my childhood favorite, “Jesus Christ Superstar.”

This is one of those neat internet moments where who you think will be really cool in person really is! No molesting or psychosis! In all seriousness, I felt like I had known them for years and felt so comfortable hanging out. Hope to do it again next time I’m in the Northeast.

His name is Bruce Kahn (check out some of his work here) so if you see him on my page, tweak his nipple for me. Here he is with his lovely wife, Fern. 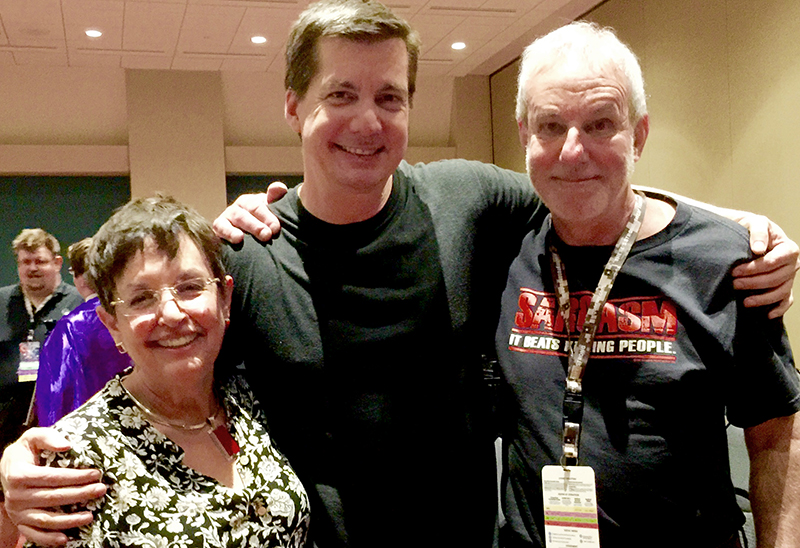 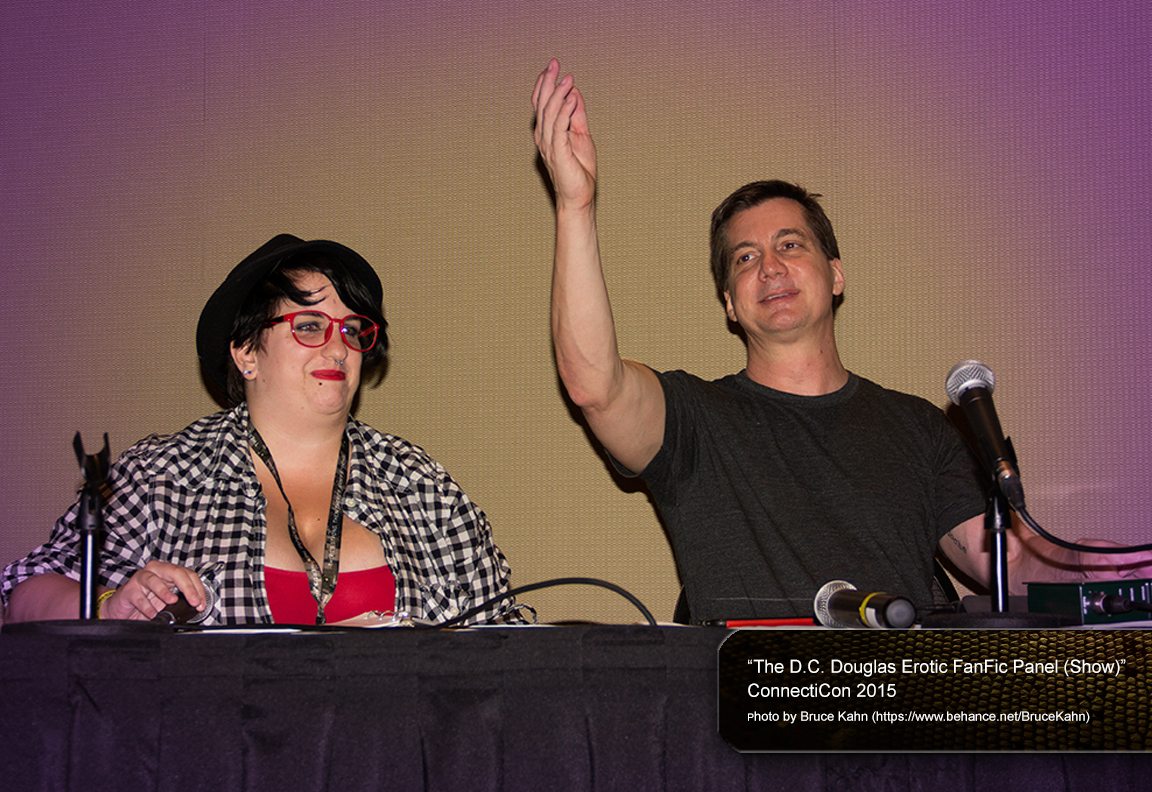 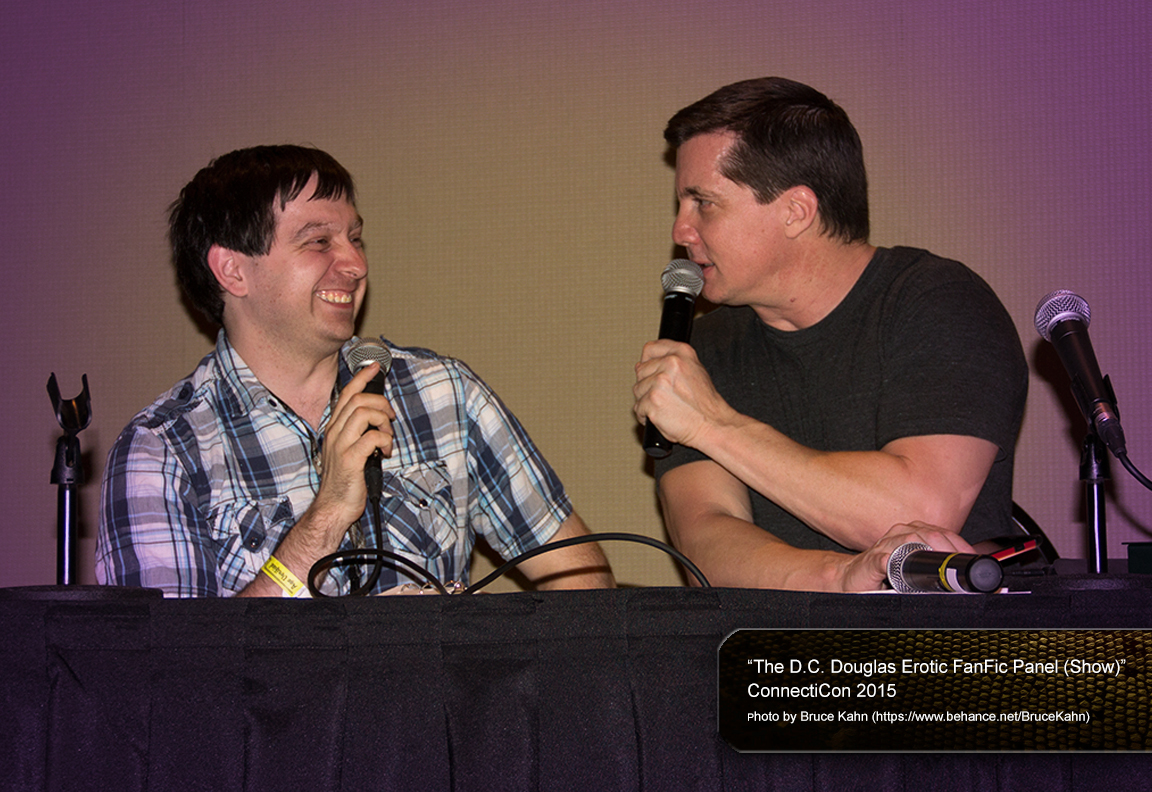 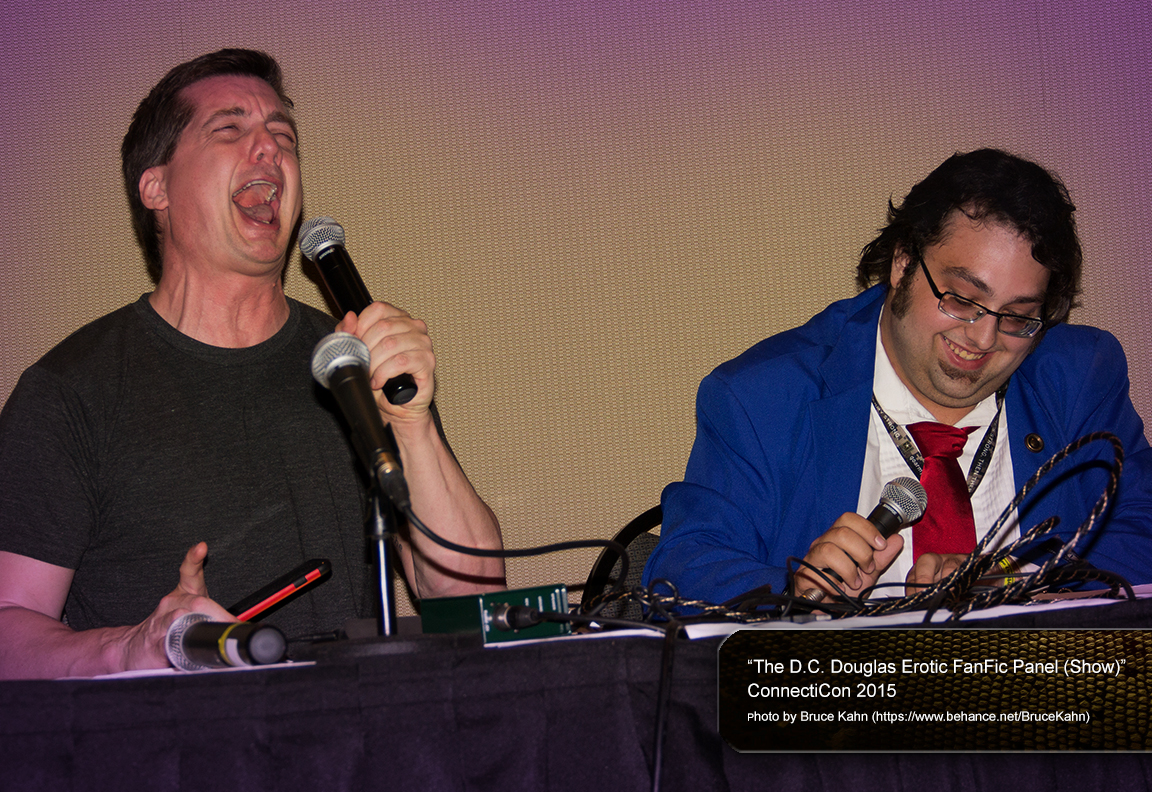 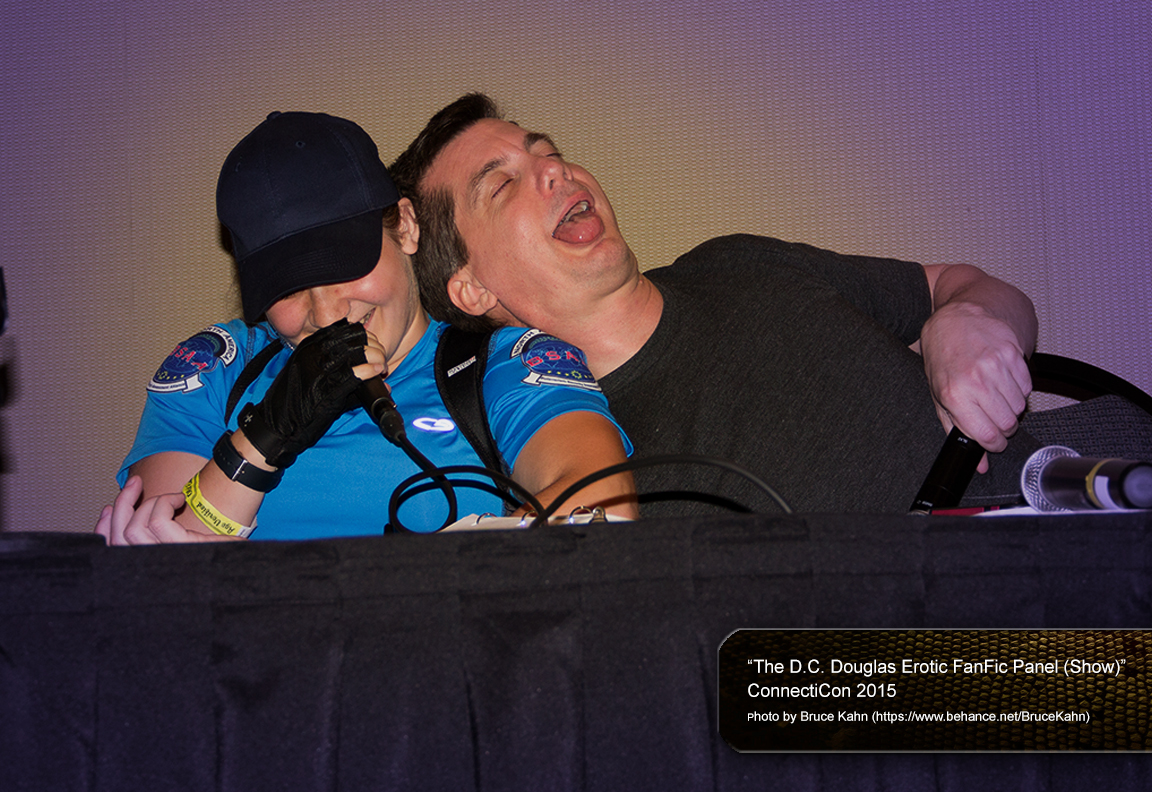 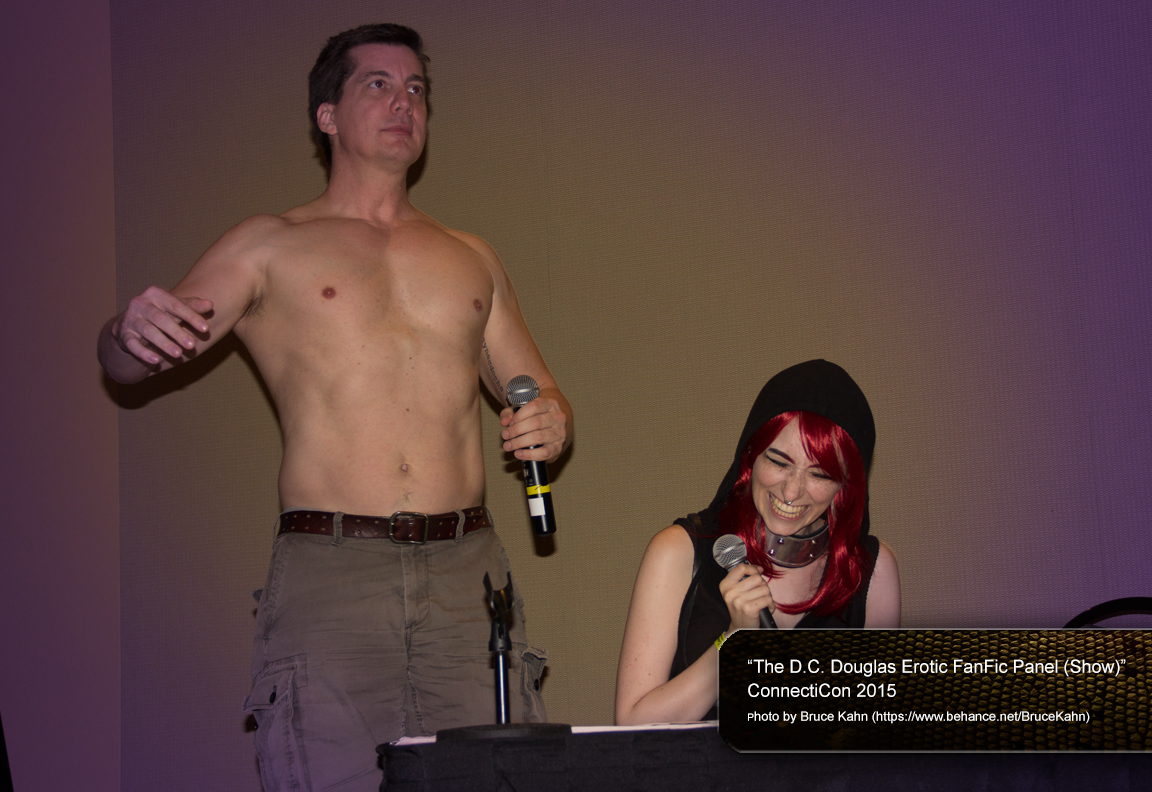 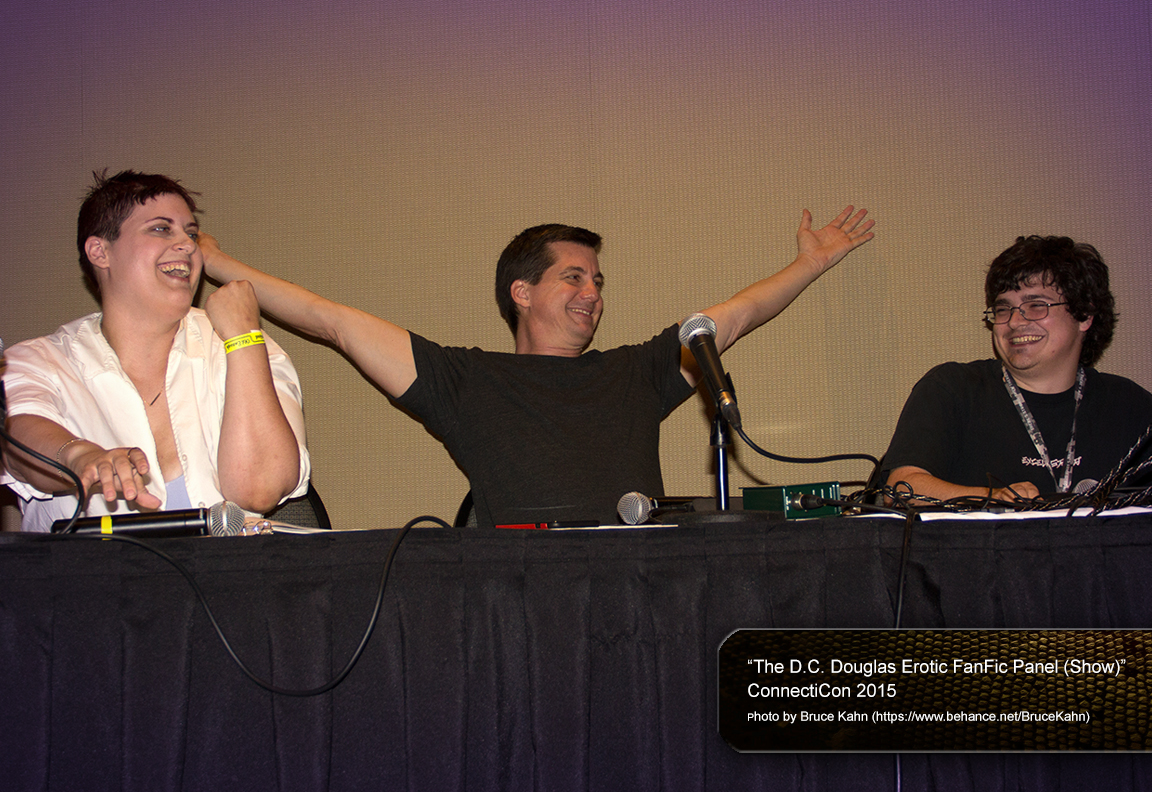