I got off the airplane in Miami and was immediately enveloped in a humid hug from the equator.  A sexy “mini vacation” was about to be mine, I thought.  Sadly, the promise of tropical parties and Mojitos was quickly reneged upon with the blast of the hotel air conditioning and my guest schedule for Florida SuperCon.

You’d think I would’ve been upset, but how could I be when a steady stream of grateful “Resident Evil” and “Mass Effect” fans kept shaking my hand and telling me how great I was for just doing a job I loved.  It was my third convention (“con” as they’re referred to these days) and the biggest one I had ever been in. 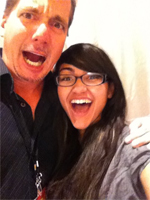 And I was there due to my followers on Twitter.  Most notably, @Vonnegutting (the erudite and very funny Alexandra), who also served as my unofficial guide through the chaotic dance of FSC.  It was her email that got me into FSC.  My official guide was the quiet and thoughtful Charlie.  Quiet, I surmised, because of this notion of me being a “role model” of sorts.  This was brought to my attention by a few kids and some parents at the autograph table. I was gritting my teeth while hearing of this magical status that I had attained — and I had about enough of it! 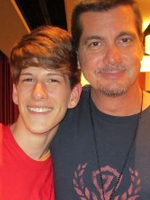 RANT: For the record, I think parents should be role models and no one else.  I didn’t choose to have kids so don’t project your morals onto me.  Just because a niche audience may know who I am doesn’t mean I’m not free to be raunchy, impulsive, irresponsible and downright human.

So, I took my Charlie aside and told him I was a hard drinking, perverted atheist and he should let his opinions rip!  And that he did!  … Oh, I like Charlie.

In between the autograph sessions and pictures I had 5 panels to attend.  A Transformers panel with Gregg Berger and Alan Oppenheimer (yes, I agree, I had no right being on that stage with them)! A Celebrities & Social Media panel with the hysterical J. Michael Tatum and the charming Chad Lindberg.  I actually nerded out a bit discussing the synergy of this blog, my twitter and Facebook pages… And the uselessness of my LinkedIn page.

Then I had two Q & A panels solely with me.  The first one was a smaller, feverish one where I held my usual twitter and trivia contest, with a few questions from the audience.  The next night was just a straight Q & A panel and the room was packed and I was loaded, so it went swimmingly.  In the video below at 8:40 you see just how out there I got that night – taking videogame questions and segueing into gender identity!

My final panel was a joint Q & A with Michael Hogan from “Battlestar Gallactica!”  Right after we were introduced I went fanboy on his ass, gushing about how I loved his character arc in the show.  Talking with him in the green room about acting while drinking a beer was one of my FSC highlights (next to Charlie’s fun admissions and Alexandra’s epic “epicness”).  We took the stage, were given another beer and I continued to gush about him whenever the questions turned to me and my games.  I was truly honored to be sharing the stage with the guy. 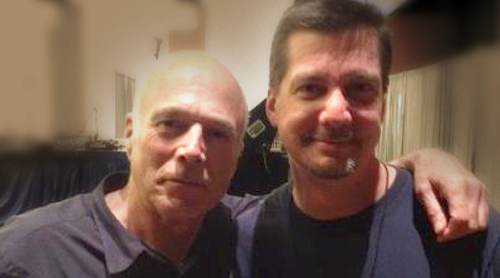 On my final night I made my way to Miami Beach and walked the surf, then had a nice Italian dinner on the main drag, watching the muscle bound douches rev their engines and blast their store bought musical identities.

Then I walked up the street looking for real, live music.  I found this small place that wasn’t too crowded.  I asked if there was a cover charge and the lady said no.  In I went.  Ordered a Pina Colada and enjoyed the Sade covers…  Then I got the bill.  $29 for the drink and a $10 “entertainment” fee.  With tax and tip – $50!!! I realized there were no prices on the menu.  I had fallen into a tourist trap!

I walked out and told the door lady how outrageous it was.  She said, “Hey, it’s Miami.”  To which I responded, “Exactly!  You’re AIN’T L.A.”  And with that, my evolution into a Miami Beach douche bag was complete.

[That place is called Ocean’s Ten — avoid it like an open sore!]

After two days back in LA I jumped on a flight to Shepherdsville, Kentucky, for Chiisaicon. From a mega mall of a con in Florida to a baby con just emerging into it’s own in the country.  For the first two years this con was held in the Bullit County public library!  But the organizers realized they needed a larger place and moved it to their convention center.  And a good thing they did as it filled up quickly. 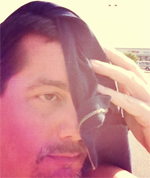 For the three days I was there Shepherdsville broke it’s summer temperature record, topping out at 107.  My walk up the street to their local restaurant was the longest walk of my life…  You know it’s bad when you want a beer so badly but you fear you’ll add to your dehydration so you opt for an Arnold Palmer! 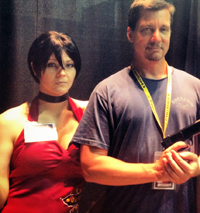 I was delighted that I got to see friends from A & G Ohio there – Ruggles™ and Mel™!  Ruggles brought me into Louisville to have drinks with some of the con staff on Bardstown Road.  A fun night since they serve until 4 am!

The con was still intimate and completely different from the FSC experience.  I had time to get into long conversations with fans – which was not such a good idea since I’m not sure what to do to unlock the Atrium Key or if my Life Level will deplete if I spit into the gatekeepers face…  But they were enjoyable kids. 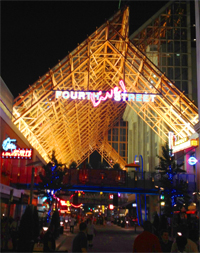 On my last night I spent twenty minutes in a cab talking to the nicest casual racist/homophobe 21 year old girl.  So nice that I found it hard to berate her and, instead, opted for subversive idea planting.  She dropped me off in downtown Louisville at a place they call 4th Street.  I call it a Disneyland for drunks.  Worth seeing for 20 minutes.  Then back to Bardstown Road where the blacks and gays roam free.

I do have to admit that everyone I met in the small town of Shepherdsville were the absolute nicest folks and most didn’t share my cab driver’s sentiments.

The entire con staff were also great. Allison White and Randy Matlow, who approved me as this year’s guest, were a joy.  But I have to give a big thanks to Phillip “Phox” Mudd for coming up to me at A & G Ohio last March and asking if I’d be interested in coming to their con.  I’m so glad I said yes. 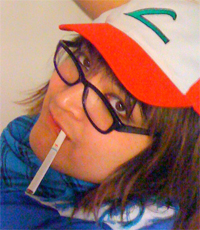 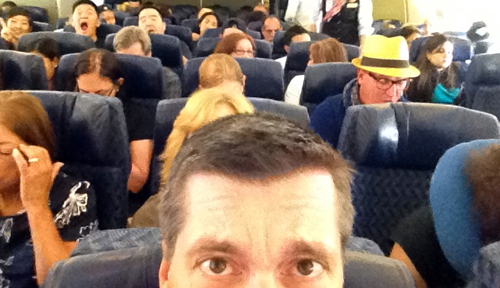 By the time this summer is over I will have been on 14 planes! 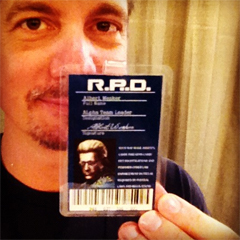 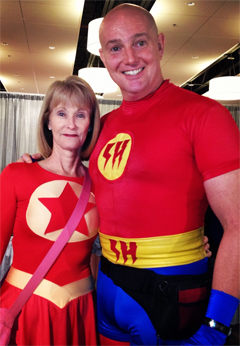 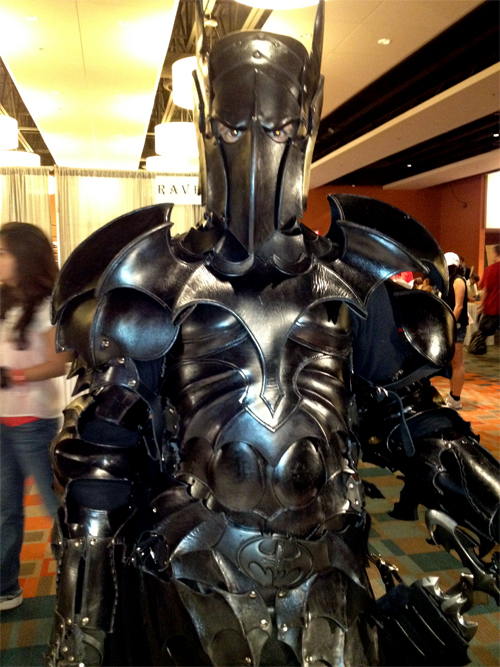 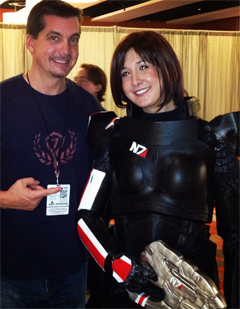 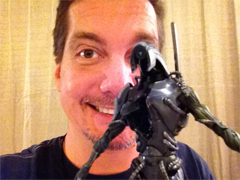 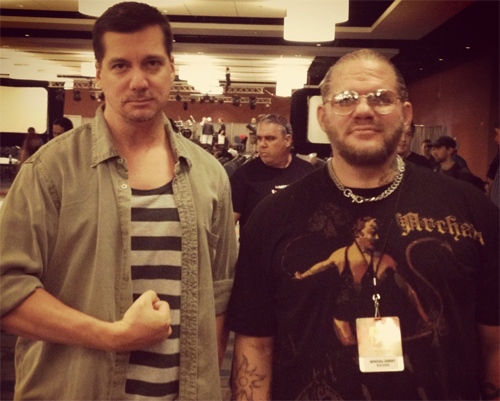 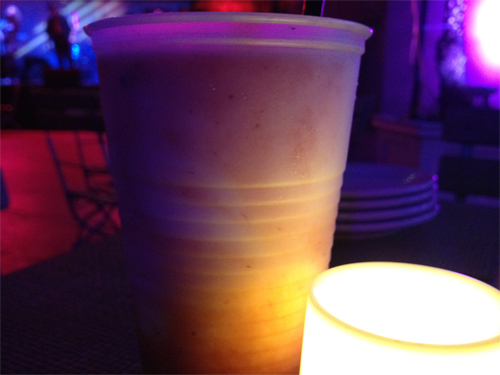 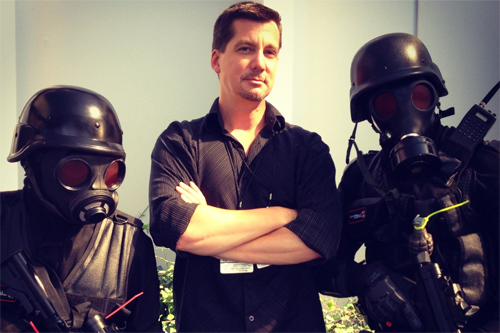