Thanks for the amazing support my video has received!  Special thanks to John Cusack, Roseanne Barr, Karoli, OneVoice2, MoveOn.org, Charles Gaba & Daily Kos and Lawrence O’Donnell (for airing a portion on The Last Word 10/11/11)!

Why #OccupyWallStreet?  This is what I asked myself a week ago. But after some reflection and a very good article from FireDogLake.com, I have since come around to embracing it with excitement and hope.  But let’s start with a week ago.

From what I could gather online, their goals seemed so sweeping and romantically abstract that I felt some disappointment. Yet again, Democrats had the bodies but not the message.

As much as I deride the Tea Party, at least they have specific goals in mind. (Of course, it helps when those goals are distributed by a well-financed Koch machine and a guy with Wolverine sideburns.) But it seemed to me that Occupy Wall Street was priding itself on the fact that their demands were a “work in progress.” This just baffles a calcified liberal brain like mine that’s been in the Southern California sun too long.

Here are the aspects of OWS that sort of chaffed my political sensibilities:

1. When a movement focuses on police brutality, the message gets lost.

Sure, JP Morgan Stanley donated 4.6 million to the NYPD. But that was back in June. Conspiracy theorists don’t seem to care, though, and that just adds to the “crazy” drawer in America’s kitchen, tossed on top of the Birthers and Truthers.

My take on the “Bologna” attitude is that it is a byproduct of the NYPD militarization over the decade since 9/11. Good for fighting terrorism, bad for handling protests.

Yes, the tactical approach to demonstrating is similar. But the Egyptians had a very specific goal in mind.  And much more importantly, everyone was risking their lives just by being there. Every day. As flawed as America may be, it is not Egypt.

I don’t want to kill Capitalism. It’s been my friend more days than not. I’d rather fence it in and teach it how to play well with others — have compassion at its center. Otherwise, it’ll just eat itself.  I like the potential of the Capitalist/Socialist blend we’ve been tinkering with. It’s just that the tinkering needs to be a full blown overhaul!

4. The lack of a tangible set of demands.

Without it, how do you win?  Yup.  This was my Western treadmill thinking. I’ve since realized that my ideas of how OWS should be run are irrelevant.  It’s happening, baby!  It ain’t perfect, but it encompasses many things that I’ve been thinking and feeling.  And since its goals are fluid and arguably grandiose, it’s all-inclusive by default.

5. This is the left’s astroturf movement.

Okay, this one is but a right wing bloggers circle-jerk assertion.  Just wanted to address it.

There are many “occupiers” who do not like Obama one bit.  There are others who are Ron Paul devotees (by the way, guys, please end your comments with something more catchy than “Ron Paul 2012!” … like “Ron Paul would let you smoke pot – 2012!”).

I attended Day 1 of #OccupyLosAngeles on Saturday.  But after loving some signs and finding others antithetical to my world view, I decided to embrace the tangible goals I saw there. I found three that I think could be effective in partly reversing the inequity of the last 30 years.

I also thought they’d be a good excuse to make another video. (Yes, my videos are a bit of an addiction, but it’s a healthier addiction than my ice cream one… Oh, Twix ice cream, how you taunt me…)

If you like this, please feel free to pass it on to others. 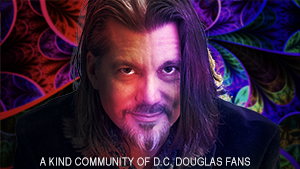